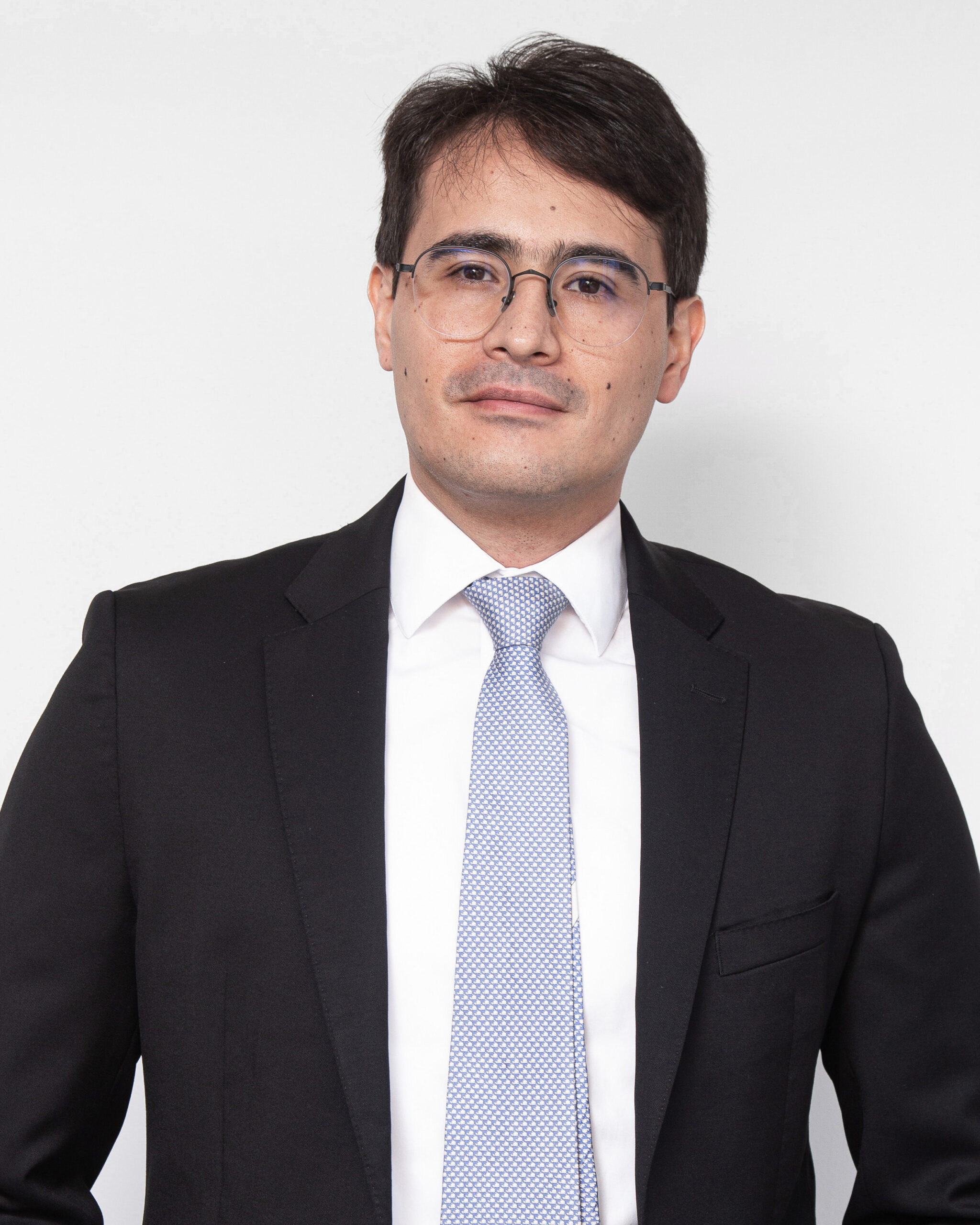 Co-founding partner of Ariza & Marín, an expert in public and private infrastructure projects and dispute resolution. Known for strategic participation and leadership in projects and litigation of technical, legal, and/or economic complexity. Has advised and represented national and international clients in awarding, execution, liquidation, and dispute resolution processes in the execution and liquidation stage.

Similarly, he has participated in various national and international arbitration tribunals, the latter under ICC rules, Chamber of commerce of Bogota and Medellin, and also in extraordinary appeals against arbitral awards. He focuses his practice on highway projects, tunnels, bridges, power generation, gas, basic sanitation, and stabilization works. He is a professor at EAFIT University.

Award in favor of Pavimentar of a road infrastructure contract for the economic reactivation of the regions in ColombiaParticipated in the team that advised and obtained the award to the company Pavimentar of the public bidding LP-DT-056-2020 conducted by the Instituto Nacional de Vías-Invías-for the construction of road infrastructure of the public works program "Concluir y concluir para la reactivación de las regiones" of the National Government, for a value of COP$25,326,500,049.

Participated and led the representation of the company Asfalto y Hormigón in an arbitration tribunal against the company Chubb Seguros. The case represented a high legal complexity as it involved coverage discussions and layers of the PLO(premises, labor, and operations)coverage of a civil liability policy and the coverages of an all risks construction policy. It also involved coverage for costs incurred to prevent the insured from spreading the loss and multiple technical and economic discussions on the existence, causes, and amount of the loss. The case was finally settled prior to the issuance of the award.

Participated and led the legal advice during the execution of the Sinifaná tunnel for the Pacifico 1 project, which had an approximate cost of USD 20,000,000. The Sinifaná tunnel is part of the 4G Concessions that will allow the connection of the Eje Cafetero region with the Colombian Pacific. The advisory focused on the contractual management of the project, the identification of risks, and the agreement of contractual disputes that culminated with the settlement of the differences between the parties in the liquidation agreement.

Successfully represented Comercializadora S&E y Cía. in a cross-border proceeding initiated by VAG Armaturen Chile, involving jurisdictions in the United States, Chile, and Colombia in connection with disputes regarding the fulfillment of payment in an international contract for the supply of goods. The parties reached an out-of-court settlement agreement.

Advised on the execution of the modernization and replacement of some pipelines in the municipality of Medellín, in 3 of the 4 executing groups. The project involved a high social and vehicular complexity, for which the massive use of trenchless technology was used for the first time. The firm advised contracts worth USD 60,000,000 and successfully achieved the economic recognition by the contractor of 3 contractual claims of great value and importance, during the execution of the contracts.

2015
Arbitration Tribunal-Consorcio VIP Suroeste Vs. Viva y Fiduciaria de Bogotá-Extraordinary annulment appeal
Represented Consorcio VIP Suroeste in the arbitration claim filed against VIVA andFiduciaria de Bogotá for the higher costs that our client had to incur due to the defendants' contractual breaches. In addition, represented our client before the Council of State in the extraordinary appeal for annulment.